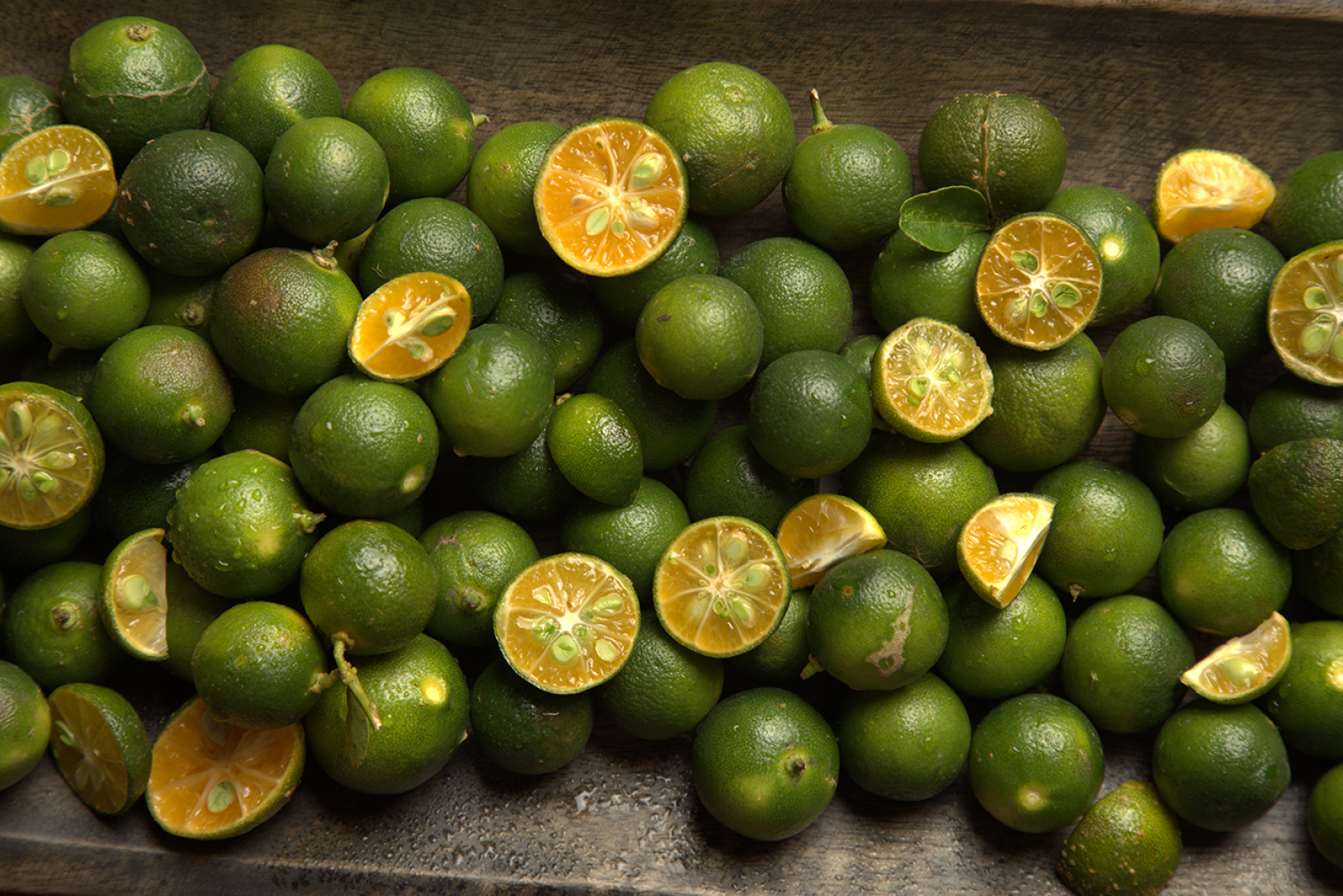 The Come-on of Calamansi

Though found and used in other countries, mostly east and southeast Asia, calamansi has become widely recognized as a Philippine fruit since it is predominantly cultivated in the country and used a lot in the cuisine.

Though found and used in other countries, mostly east and southeast Asia, calamansi has become widely recognized as a Philippine fruit since it is predominantly cultivated in the country and used a lot in the cuisine.

Also tagged as calamondin in the Visayas and lemonsito in Mindanao, it’s different in size than the lime many have come to know of. Calamansi is a lot smaller and has a tougher skin. It comparatively has a softer flesh and more yellow-green in color than lime, making it easier to squeeze with bare hands. Its flavor, many say, is a cross between a lime and an orange, sour yet sweet and zesty.

In Malaysia, much like in the Philippines, they have a roster of dishes incorporating the citrus fruit. They also make beverages out of it, and oftentimes, use it as a condiment, something to season and finish off items like grilled seafood.

The rest of the world is catching on with the affinity for calamansi. Korea, for example, has developed a liking for it starting in 2017. They have come to appreciate its unique tanginess, setting it apart from the more popular lemons and limes, and have started introducing it as a flavour in their array of products.

Among them is soju, which is a clear, colourless distilled alcoholic beverage; the most popular liquor in Korea. The makers of Goody Soju have come up with a calamansi variant with an alcohol content of only 13.5%, which is tamer than the usual 20%. Korean beauty drinks, natural vitamin supplements, and sodas have also jumped on the bandwagon and released calamansi flavours of their products.

In 2019, The Washington Post included calamansi in its 2019 list of trending flavors, which led to more people looking more into it. Among them is Arlen Miller, who grows the fruit in his family’s 70-year-old citrus farm in Orosi, Tulare County, California. Spread across 600 acres are Tahitian pummelos, pink lemons, Australian finger limes, and calamondins. He sells them directly to customers or via Pearson Ranch. What he appreciates with calamansi, unlike other trees on his land, is that it sets fruit up to four times in a year, consequently leading to a big yield.

There’s a lot to love about the Philippine lime. The Filipinos adore it not only for its flavor, but also the contribution it gives the country’s agricultural economy, being in the top tier of the most exported fruit crops.