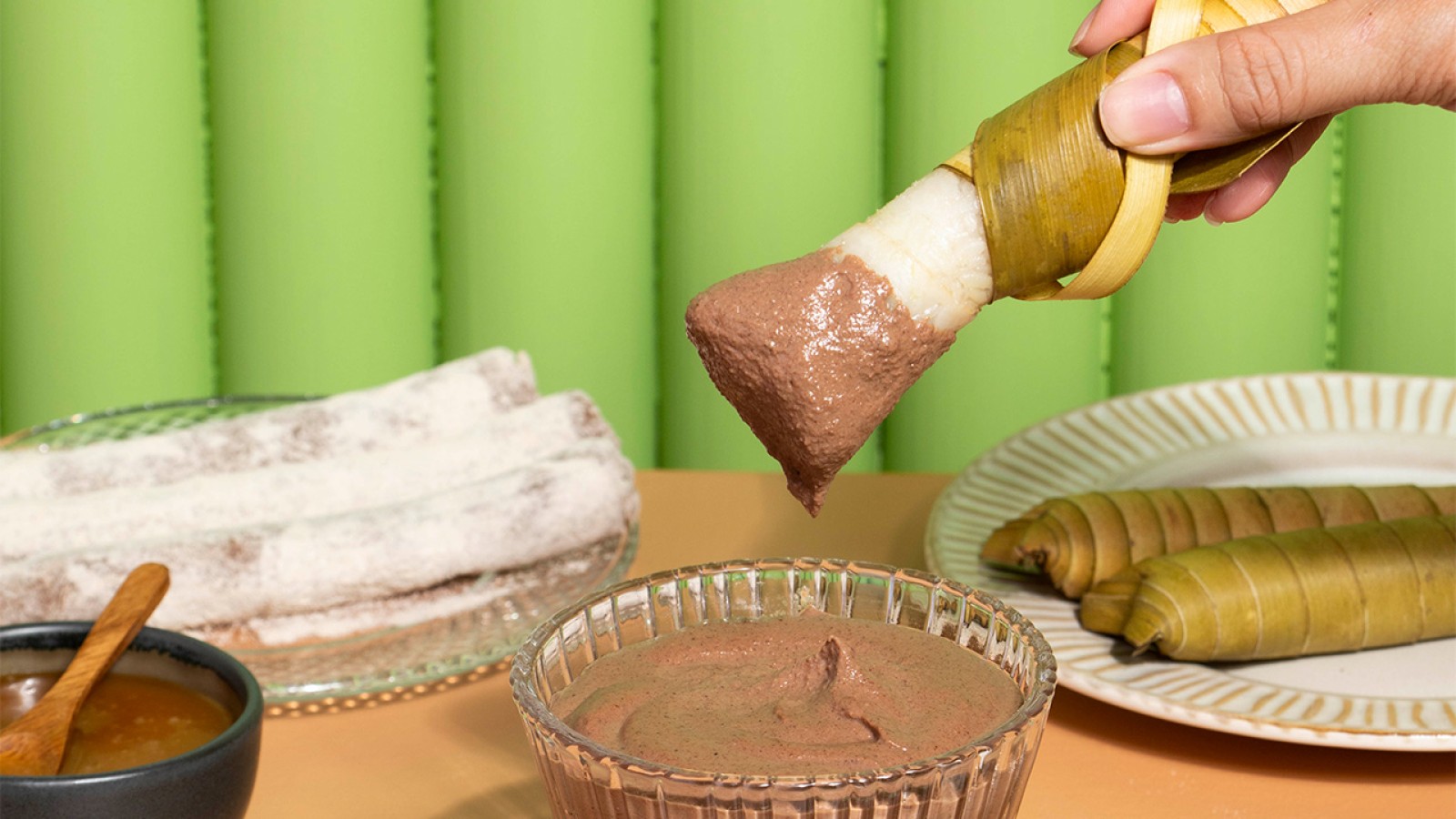 Suman, the celebrated Filipino rice cake, has a history as long as it is muddled.

Suman, the celebrated Filipino rice cake, has a history as long as it is muddled. Many historians and gourmands believe it originated long before the Spaniards arrived on Philippine shores. The Italian scholar Antonio Pigafetta, who joined Ferdinand Magellan’s spice expedition, described suman as rice cakes “wrapped in leaves and were made in somewhat longish pieces.” Friar Domingo de los Santos, in his 1695 text Vocabulario de la Lengua Tagala, notes that pre-colonial Filipinos used to offer kakanin (the general Filipino term for rice cakes) to their pagan gods. This ritual would ensure good health and a successful harvest.

Amy Besa and Romy Dorotan wrote in their 2006 tome Memories of Philippine Kitchens that they believed suman predates other rice cakes. “It is the most primitive and is prepared the most simply, without the soaking, grinding, and leavening used for bibingka and puto,” they wrote. More impressively, the method for cooking suman remains relatively unchanged today. Each region has its variation.

Like most other types of kakanin, historians believe that suman was born out of convenience. With agriculture as the primary industry and rice the staple, farmers can take the excess grains and create a handy, easy-to-eat meal that they can bring to the fields. These days, you can enjoy suman any time of day, any day of the week. However, it remains most associated with Christmas.

In Baler, Aurora, however, suman is given extra reverence. For one week in February, it celebrates the Grand Suman Festival. Locals would adorn the streets and their houses with finger-shaped rice cakes; all flavors and iterations of the suman would be peddled from the roadside to restaurants. The spectacle comprises dance challenges, floats, cooking contests, and beauty pageants.

Like many other festivals in the Philippines, the affair marries the secular with the religious. The locals dedicate the festival to Saint Isidore, the patron saint of agriculture. Merrymakers would attach suman on sticks and toss the rice cake when the saint's statue is paraded on the street.

So massive is the suman’s impact in the Philippines that it is incorporated in other fetes. The province of Rizal, for example, does it twice. The Municipality of Cainta has the SumBingTik Festival, which happens every December. It commemorates not only suman but also bibingka and latik. A few kilometers away, in Antipolo, is the Sumakah Festival, scheduled on the first day of May. Sumakah, which stands for Suman, Mangga, Kasoy, and Hamaka, is a tourist-driven event to promote the city’s most popular products. However, it also has a devout stance as it venerates the day the Black Nazarene—an image of a kneeling, dark-skinned Jesus Christ—is transferred to the Antipolo Cathedral.

The suman is not just an afternoon snack or a resourceful way to enjoy rice. It is a profound symbol of the country’s history, culture, and resilience. And it will likely stay that way for many years to come.