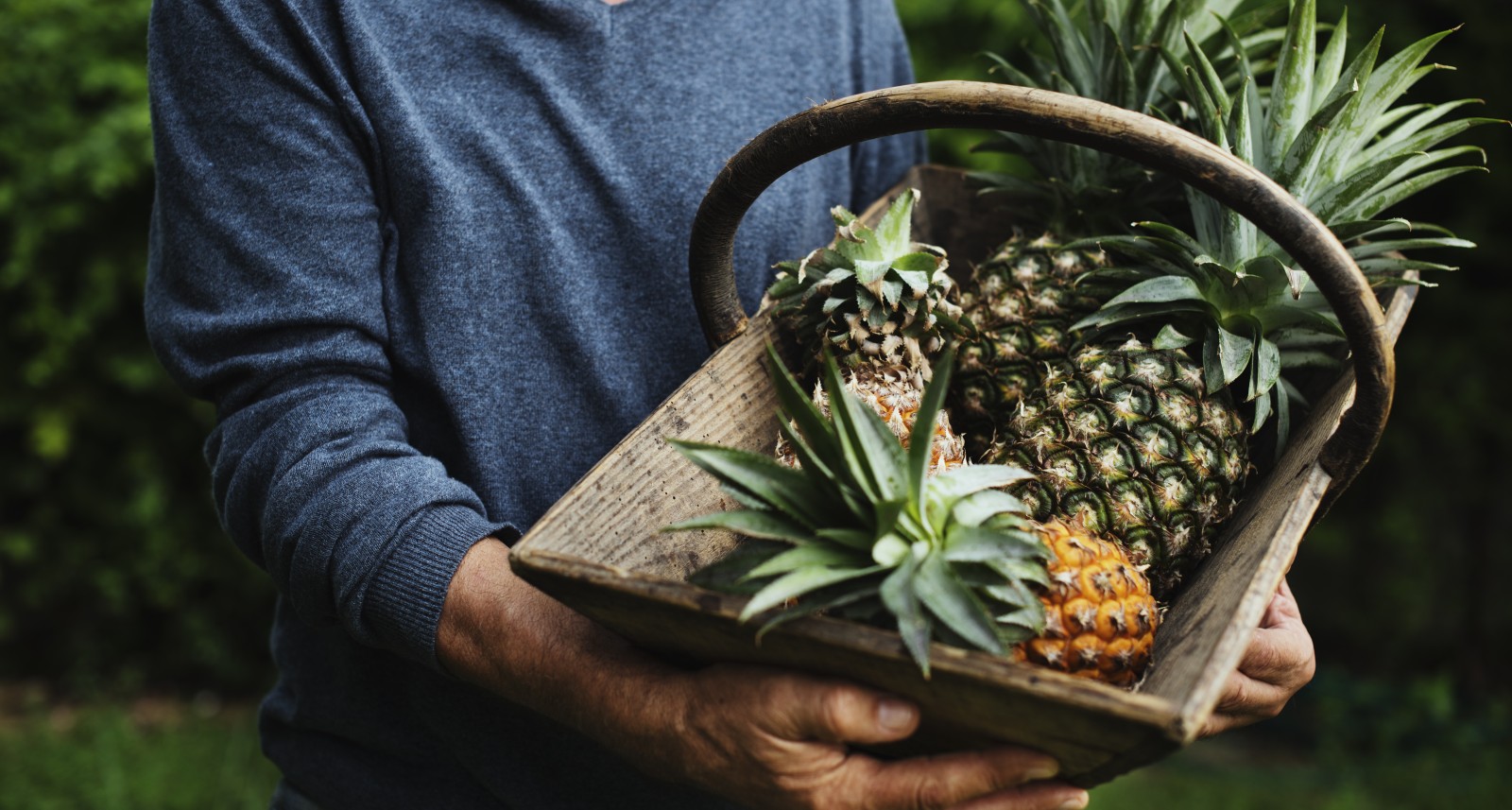 Pineapple Production in the Philippines

The Philippines ranks second among the biggest pineapple-exporting countries in the world, placing behind Thailand. According to a report on the Production Guide for Pineapple by the Bureau of Plant Industry of the Department of Agriculture, the country had produced a total of 2,198,497 metric tons in 2009.

In demand as is or for further processing in local and global markets, pineapples are cultivated all over the archipelago, including Cavite, Laguna, Batangas, Rizal, Quezon, and Bicol in Luzon, and Southern Cotabato, Cotabato Province, Sultan Kudarat, Sarangani, General Santos City, and Bukidnon in Mindanao.

Celebrated as a good source of vitamin C, potassium, fiber, and other nutrients, pineapples are consumed fresh, canned, juiced, dried, or processed in other edible forms. They are also transformed or added to salads, jams, ice cream, candy, and other desserts. In the Philippines, the fruit’s leaves are made into the prized piña textile. By-products from the processing of pineapples include wine, vinegar, and gelatinous nata.

The Smooth Cayenne or Hawaiian variety is the most popular cultivar in the Philippines. It is also heavier than other variants, averaging 2.5 to 3 kilos. With pale yellow, tender, and sweet- acidic flesh, Smooth Cayenne is typically used in canning or fresh consumption. Other cultivars include the Queen or Formosa, which weighs an average of only 0.5 to 1 kilo. Spiny and filled with smaller eyes, this variety is yellow, crisp, and often the sweetest among pineapple cultivars. On the other hand, the Red Spanish or Native Philippine Red weighs around 1 to 2 kilos. Squarish in shape, this variety is cultivated in Western Visayas for its delicate fiber.

The ideal environment for pineapple production is in sandy or clay loam soil, about 150 to 200 meters above sea level, and with an average temperature of 24 to 30 degrees Celsius. Steady rainfall throughout the year and short dry seasons are preferred. A crown cutting of pineapples can be used in its cultivation, where flowers appear within two years and fruits are harvested in the next six months. Slips may also be utilized in propagation, bearing in about 20 months, as well as the suckers, which bear in 16 to 18 months.

Planting is best done in the months of March and August. Proper weeding is highly suggested by pulling with the hands or through mechanical means. Pest control is applied to prevent Phytophthora heart rot, fruitlet core rot or brown rot, marbling, yeasty rot, pink disease, and insect and mite pests.

Harvesting is done by checking the eyes of the fruit or the shell color. The Smooth Cayenne variety will have golden yellow eyes, while the Red Spanish will have reddish brown to yellow orange ones. The Queen variety is harvested once its shell color is green and the grooves between the eyes are yellowing. Harvested pineapples are brought to a packinghouse, where each fruit goes through strict quality checks. Here, the pineapples may be trimmed at the base to avoid injuring other fruits during transport. They are then sorted and graded depending on the market’s requirements. For the local market, pineapples are sorted by size. For export, they are sorted based on ripeness, weight, and an established grading standard.

Pineapples sometimes go through waxing to delay ripening and minimize moisture loss. This also increases the shelf life of the fruits, allowing them to be transported internationally. They are packed either lying on the side or in an upright position, then transported in non-refrigerated vans for local distribution, or via sea or air transport for export.