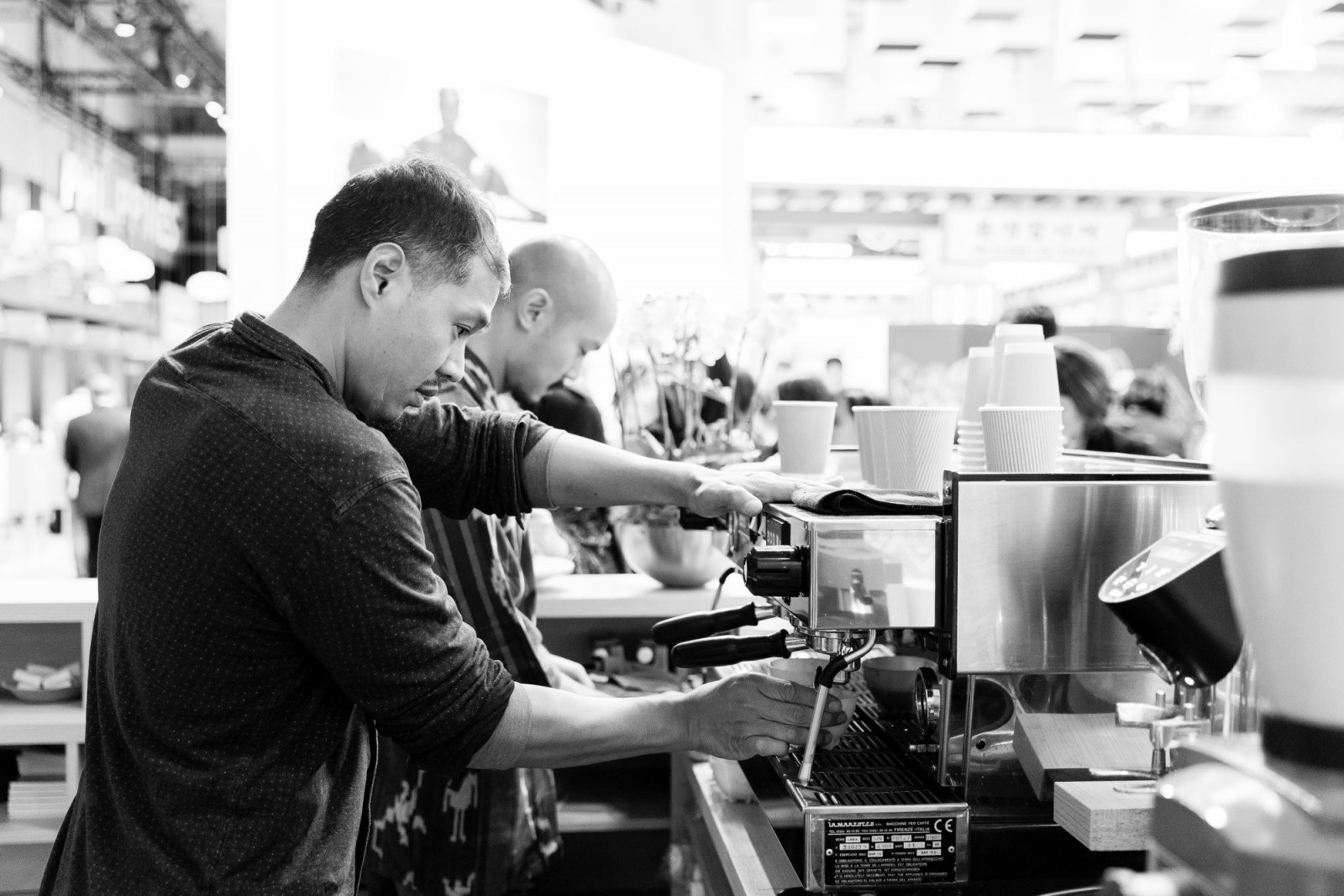 The story has been told many times, but it truly is too sweet not to tell. It is of a young Silvester Samonte moving to Long Island, New York from the Philippines with his single mother. He tasked himself with making his busy mom coffee throughout the day to provide her with much- needed warmth in cold weather. Then, he fell in love. Samonte narrates. “Since then I’ve had espresso or coffee in my life.”

Through his travels, his love for the brew developed, as did his skills. This did not go unnoticed when he came back home to Manila. His business ventures in the beverage industry since then have been varied and lucrative. He opened Craft Coffee Workshop (now Craft Coffee Revolution) with Raymond So which started off as a small, home-run roasting business. After parting ways with So, he co-founded pioneering third-wave coffee and cocktail bar The Curator with David Ong and Jericson Co. This led to their highly-ambitious yet wildly influential EDSA Beverage Design Group (EDSA BDG) that has been instrumental in elevating the tastes and preferences of the local coffee market.

Brewing truly has Samonte’s heart, and the culmination of this passion was when he won the 2019 Philippine Barista Championship for El Union Coffee, the hip cafe he opened in San Juan, La Union. He has since moved to Palawan and if one thinks moving to the southernmost tip of the Philippines means Samonte has slowed down, nothing could be farther from the truth. He operates Islas Makinas on Lio Beach; special and rare Filipino coffee roasters Lick in El Nido town; Digi Gripo Tap Room which offers Bacuit Bay Brewhouse beers and other craft beers from El Nido; A-Plus Moto Moto Cafe in Puerto Princesa City; and a 24-hour online cafe called #247CoffeeMNL.

El Nido being a tourist town, it felt the strain when the pandemic hit. Fortunately for Samonte, coffee is one of those things that many consider essential. “Thankfully, coffee grew and like all businesses we struggled but there were some sales to keep us going.” He adds, “We also did a very gutsy move with a surplus of delicious Bacuit Bay Brewhouse beers which is our tap bar pop-up that surprisingly did well once things opened up in El Nido.”

Just as Samonte set out to do when he founded EDSA BDG many years ago, the goal remains the same—to put Philippine coffee on the map. He proclaims that we are on the right track. “We are at the start of a golden age in Philippine coffee. More and more farmers are creating delicious coffees for us to roast, and then brew. Philippine lowland coffees like Robusta and Liberica are finding their place next to tasty specialty Arabicas. More people are brewing coffee and delicious cups are appearing everywhere— even on motorcycles and inside defunct sari- sari stores. It’s a small glimmer of magic in the pandemic for me.”

The coffee guru looks to the future with much optimism, but not without giving credit to our local industry for also pulling its weight. In the next five years, Samonte sees Philippine coffee “finally taking prominence in the global stage.” He counts the Natura Typica blend of Milalittra Bukidnon and the Anaerobic Robusta of Aciong Ilocos Sur as some of his favorites. “Filipino coffee professionals are already sought after and award-winning. This will lead to the further dominance of the Filipino barista. More people will enjoy delicious Philippine coffee all across the country and move away from commercially made instant coffees.” If Samonte’s gift of foresight is as spot-on as his brewing, then there are delicious times ahead.